Last week the journal Science warned that the oceans are heating up 40 percent faster than estimated by the UN just five years ago. This rapid heating threatens the future of all of us. Most people are aware that each year is getting warmer. The globe’s oceans have been absorbing about 93% of the heat produced by greenhouse gases. This has moderated the temperature rise on land, but is devastating for marine life, water levels, and weather patterns.

In reporting on the study, The New York Times commented: “Rainier, more powerful storms like Hurricane Harvey in 2017 and Hurricane Florence in 2018 will become more common, and coastlines around the world will flood more frequently. Coral reefs, whose fish populations are sources of food for hundreds of millions of people, will come under increasing stress; a fifth of all corals have already died in the past three years.”

The ecological crisis is linked to the second major challenge we face, economic inequality and the concentration of wealth. That wealth depends on expanding corporate abilities to extract resources and to control people whose lives and homes are destroyed in this process. Thus, the protection of corporate power requires the use and expansion of military force.

Nomi Prins observed that the concentration of wealth has been accelerating along with the temperatures of the oceans. Prins explained, “Between 2009 and 2017, the number of billionaires whose combined wealth was greater than that of the world’s poorest 50% fell from 380 to just eight. … the U.S. leads the pack when it comes to the growth of inequality. As Inequality.org notes, it has “much greater shares of national wealth and income going to the richest 1% than any other country.”

This concentration of wealth and the policies and practices designed to support it have led to what Nicolas J.S. Davies describes as a “managed democracy” or “inverted totalitarianism” that “concentrates ever-growing wealth and power in the hands of a corrupt ruling class, increasingly subjecting the American public to the same “exploitation without redress” as the US empire’s foreign subjects and preventing us from tackling serious or even existential problems.

Davies explains, “This self-reinforcing vicious circle endangers us all, not least those of us who live at the heart of this corrupt and ultimately self-destructive empire.”

“We Americans,” Davies concludes, “share the vital interest of the rest of the world in dismantling the US empire and starting to work with all our neighbors to build a peaceful, just and sustainable post-imperial future that we all can share.”

Just as ecological destruction and concentration of wealth challenge the possibilities of our future, the emerging conversation around a Green New Deal is offering a way to respond to both.  Gaining press because of comments by newly elected congresswoman Alexandria Ocasio-Cortez, the GND is a plan to “transition” the U.S. economy to become carbon neutral in 10 years. It calls “for massive public works programs, powered by a jobs guarantee and public banks, with the goal of meeting 100 percent of national power demand through renewable sources.” The plan aims to eliminate poverty, bring down greenhouse gas emissions, and “ensure a ‘just transition’ for all.”

While this idea is fraught with contradictions, it also offers enormous potential.

Climate Justice Alliance says “it is critical for social movement groups to fight for the best possible version of the deal—and ensure that it does not include false solutions.” Organizers emphasize we need to move toward a future that would “be predicated on non-extractive policies that build “local community wealth that is democratically governed.”

This potential is behind a new coalition in Detroit that has emerged in response to the announcement by GM that it is closing 5 north American production plants, including the Poletown Plant.

The coalition is going to the Auto Show to call for Green New Deal. The coalition says, ” We are launching a coalition of labor, environmental, and community groups to resist this outrageous action, and push for a just, green economy, starting here in Detroit. Our first planned protest will be held at the International Auto Show (at Cobo Hall in Detroit) on Friday, January 18, from 5:30-7:30pm. Our rallying cry is “Make Detroit the Engine of Green New Deal.” 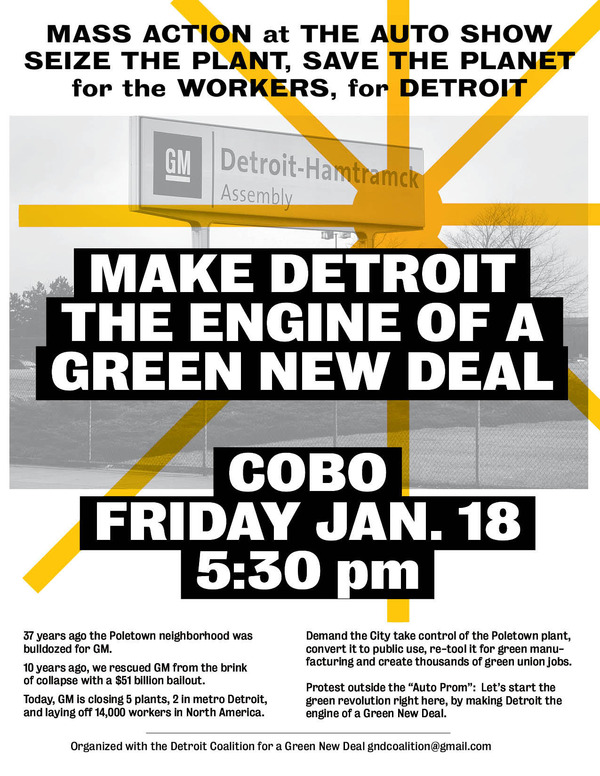 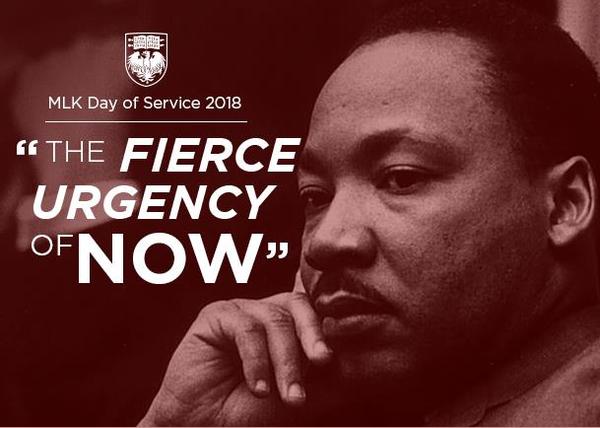 Learn how to make the link between social Justice, Cultural Organizing and our common future! There will be community building 4-5pm with music and food. Then we’re going to have a debate and breakouts! Climate Justice versus Social Justice.

Activists will learn about Climate Justice and the Just Transition to Save our Planet and Ourselves, DTE rate Increases, and How they Pollute our communities through Fossil Fuel usage and Learn how to stake our claim in Green and Renewable Energy through Community Ownership

Childcare will be available!!

Please state the number of children you will be bringing when you RSVP Thank you !!

This event is hosted by EMEAC/CJA, MEJC, Sierra Club, Soulardarity and the Work for Me DTE Campaign!

Any organization that would like to table or share info PLEASE ARRIVE AT THE COMMONS NO LATER THAN 3:15 P.M TO SET UP THANK YOU!! 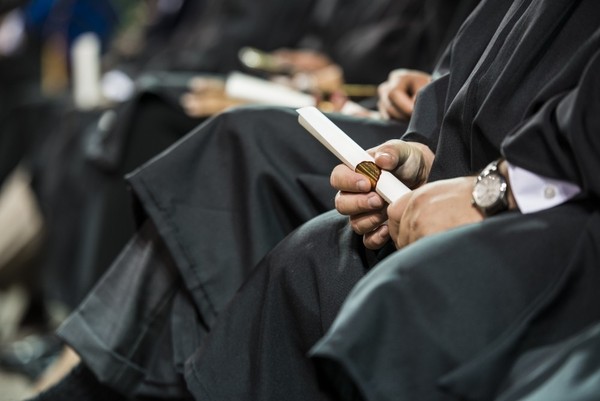