Every crisis, actual or impending, needs to be viewed as an opportunity to bring about profound changes in our society.
– Grace Lee Boggs, The Next American Revolution

Mayor Duggan assured the city that he has restored water to everyone who has been shut off at his daily Covid-19 briefing on Friday, April 3.  He praised the Detroit Water and Sewerage Department for restoring water to 1,100 households.

Almost everyone who has followed the crisis of water shut offs believes this is not true. Just two days before this announcement, Freshwater Future and We The People of Detroit called upon Gov. Gretchen Whitmer to have the state environmental justice council watch over compliance with her order that requires water be turned on everywhere by April 12.

There are three very good reasons to doubt the Mayor and call for state level enforcement of the governor’s decree. First, the Mayor does not seem to actually know how many people are living without water. He has given wildly conflicting numbers of the dimensions of the problem. He has said he the city delivered fliers about reconnection to 5,000 homes. Meanwhile, Detroit Water Department Director Gary Brown said the had surveyed 9000 homes, where at least 2880 were occupied and without water. Taking the most conservative numbers the city has given us, there are still 1780 households without water. There are more people shut off from water than households  having had water restored.

Activists who have followed this situation closely for more than 6 years believe the real number is closer to 10,000 households. This means the Mayor has achieved about 10% of the goal for water restoration. This is based on estimates from 2019 where of the more than 25,000 accounts were shut off and service was restored to 13,721. That means 11,297 households still lacked water service when shut offs stopped due to weather. Of that total, the water department then believed 10,145 of those accounts were for occupied homes.

Second,  there has been little energy by the administration to restore people to water. Director Brown said the problem is under control, because calls to the city for restoration have slowed. His logic here reflects the refusal of the city to act as aggressively to restore water as it did to turn it off. There have been minimal commitments by the city to publicize the number to call. There has also been minimal effort to make that process efficient.

Activists are putting up signs and handing out leaflets, while calling on the city to put information at food distribution centers, on buses, and in other public places. Radio and TV ads should be provided by the city, as well as  notices sent to all customers. The Mayor does not even display a number to call for water restoration during his daily press briefings. These are simple measures that would say to people, we want to protect you, your family and your neighbors. We will do whatever is necessary to ensure you have clean, plentiful water.

Third, there has been no acknowledgement that the City has been wrong in pursuing a shut off policy, rather than a Water Affordability Plan based on income. It is this policy that has put all of us at risk, degrading the quality of life for people. Since 2014 almost 141,000 shut offs have occurred. Just days before the Covid-19 crisis hit our city, both the Governor and the Mayor denied any relationship between access to clean, affordable water and public health. This flies in the face of logic, history, and now our present, painful experience.

It should be obvious as we move through this crisis that public leadership lacks the necessary value framework to ensure the public health and thriving communities. It should be obvious to everyone that if we allow some of us to live less than full, supported, healthful lives, none of us will survive. We have choices to make. 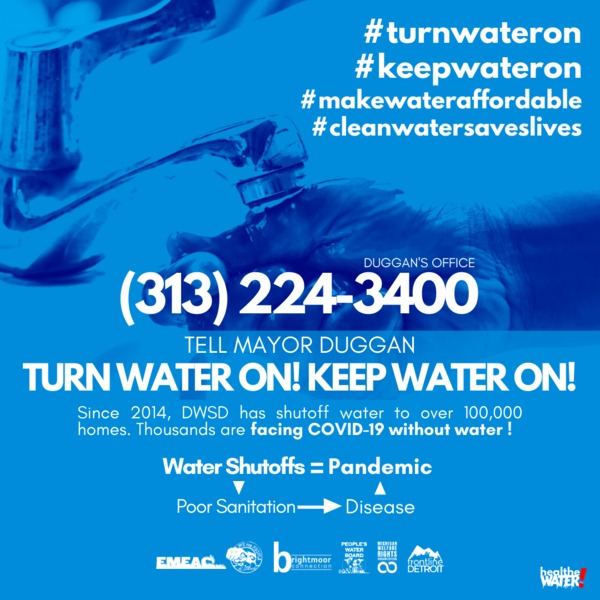 Ai-jen Poo
On Being 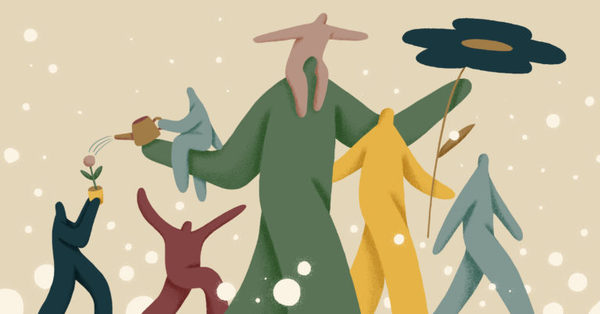 Watch Elder Kathy Sanchez (San Ildefonso Pueblo), co-founder and former Executive Director of Tewa Women United emphasize the Bipowabeh (Butterfly Vision) and how important this medicine is for us today as we navigate and ground ourselves through these times. 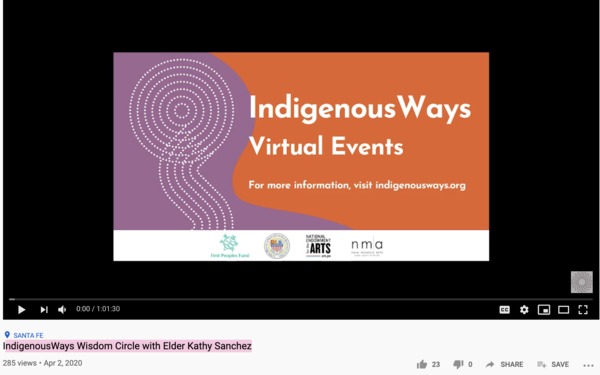 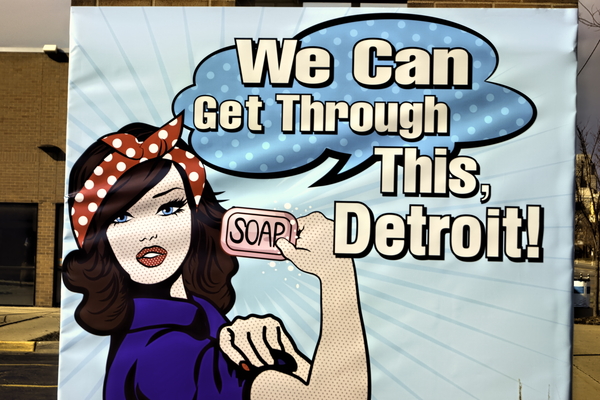 XRTV Interview: Chris Hedges on Coronavirus, Climate and What Next? 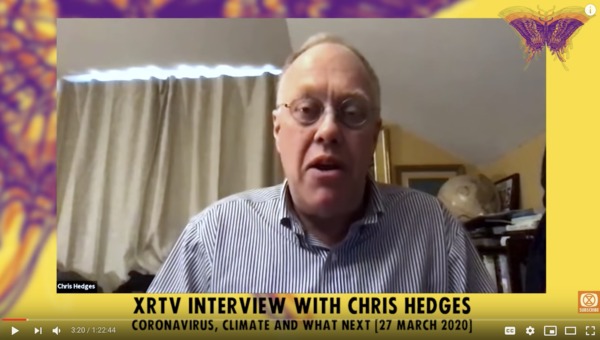