“Loving your people and loving questions are, I believe, the two most important qualities that an individual needs today to help create the new kind of politics we need to bring about fundamental social change in our country. Even if the people of our respective communities or of our country are acting in ways that we believe are unworthy of human beings, we must still care enough for them so that their lives and ours, their questions and ours, become inseparable. At the same time we must love the questions themselves, first, because every time we act on our convictions, we create new contradictions or new questions; and secondly, because we have no models for revolutionary social change in a country as technologically advanced and politically backwards as ours.” 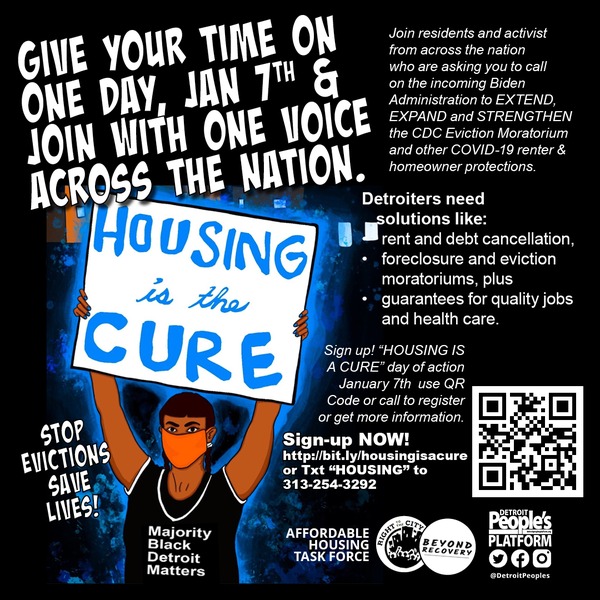 The pandemic has enabled people to see the extraordinary inequalities and dysfunctions built into what we call the “normal” way of doing things.  We are recognizing that the federal system of government is filled with limitations. It is a system that is increasingly moving toward authoritarian methods of governing, while benefiting a smaller minority of corporations. Since 1980, this shift has been carried out by policies loosely termed “austerity.” In the name of fiscal responsibility, the Federal government has been systematically withdrawing support for the most basic services and responsibilities of collective care. It has been allowing states to determine their own responses to shared problems.

The effects of this policy shift toward austerity are felt every day as governments fail to provide basic elements essential to life.  Here in Michigan, we drive on roads that destroy cars and busses, cross bridges of questionable strength, use jails for mental health crises,  and have lost a city to a predictable damn collapse. Our public education is among the worst in the country, our healthcare reflecting deep racial and class divisions. Virtually all of our majority Black cities have been forced into bankruptcy, enabling corporate interests to amass wealth at the expense of public goods.

This week, as the federal government is getting closer to approving a stimulus package in response to the strains the virus has put on all of us, the limitations of federalism are clear. While congress seems to be responding to pressure to provide relief for people,  the  proposed $908 billion compromise is a drop in the bucket. Almost all economists agree that the proposal is inadequate. It will provide short term relief for an intensifying structural crisis. The right wing republican insistence on limiting aid to state and local governments will have long term destructive effects.

The essence of this crisis began long before the pandemic. It will continue to define much of the political terrain over the next few years. At the core of the controversy is a fundamental question: in whose interests do we constitute government? Can we create a living democracy that makes choices to care for people and the earth? Or will we establish an authoritarian state, serving the interests of an ever-smaller group of a white, wealthy elite, endangering the planet and future generations?

Much of this crisis has been masked, as state and local governments have worked to meet urgent challenges of providing for basic needs. But the demands on states to balance their annual budgets has meant that, collectively, we are allowing our infrastructure to crumble, our people to have less access to education, support in hard times, and to the things that strengthen community growth.

The ability and willingness of state and local governments to fill in these gaps is uneven at best. As this crisis has clearly shown, state and local leadership made a tremendous difference in the quality of the response to the virus. Some us have been protected by governors, mayors and township leaders who have closed economic activity and encouraged public health measures like social distancing and mask wearing.  Others of us have been living in places where the virus is not even considered “real” even as hospital beds are filled to capacity.

Right wing republic forces and their corporate sponsors have recognized this pandemic is an opportunity to advance control over state and local governments whose thrust has been to encourage social responsibility and democratic practices.

We, in Michigan know just how far these forces are willing to go to advance corporate interests. They will set aside elected governments in the name of financial responsibility,  close city halls, sell off public assets, close schools, privatize essential services, gut public spending, and create a police force equipped to control all those who object. This is what the drive to state bankruptcy brings.

To create a different future, we need bold thinking about programs and policies that begin with the recognition of our human responsibility to care for each other and the earth that sustains us.

What Might Sustain the Activism of This Moment? Dismantling White Supremacy, One Monument at a Time

“As most of you know, Rojava is the autonomous section of Northern Syria that has, since 2012, been run by a revolutionary bottom-up feminist “self-administration” that is developing a new model for organized social change. When Turkey invaded Afrin, its northernmost part, in 2018, a handful of us here formed the Emergency Committee for Rojava, to support the people there and draw US attention to their struggle. We have put together this very short film for our annual fundraiser.”