This week Puerto Rico emerged from the largest governmental bankruptcy in history. The restructuring of $120 billion in debt and pension obligations overshadowed the excruciating Detroit experience of $18 billion. Beginning as the Detroit bankruptcy was drawing to a conclusion, much of what the people of Puerto Rico faced had been refined and developed in Detroit.

As in Detroit, Puerto Ricans have endured severe austerity measures, cuts in pensions, dysfunctional government and the use of the financial crisis to completely obliterate local decision making. They have seen essential public services put into the hands of private enterprise and they have paid out over a billion dollars in lawyer fees. Even as the court signs off on this specific plan, pensions are still being targeted as a source to justify further intervention.

Julio López Varona, an activist with the Center for Popular Democracy, said that the plan was “predicated on continuing the suffering that we have endured for decades and that has led thousands of Puerto Ricans to leave the islands,” noting that those who stayed faced rising living costs, a lack of resources and “poor access to essential services.”

In both Detroit and Puerto Rico the profoundly undemocratic nature of these processes illustrates how empty the corporate commitment to government by the people really is. Elected officials, whatever their particular limitations, inherited complex financial situations, exacerbated by years of neglect as corporate powers pushed for tax breaks, tax cuts, and limited public spending. Meanwhile these same powers pushed privatization of public responsibilities and borrowing as a way to finance basic governmental functions. When these efforts approached collapse, bankruptcy became the excuse to accelerate the moves toward privatization and attacks on pensions. Legal structures were created to mask the profoundly undemocratic methods.

This reality is important to keep in mind as elected officials refuse to enact the most basic of protections for voting rights and election processes.

In Michigan the history of anti-democratic legal maneuvering began with the creation of emergency management legislation. This legislation was so unpopular that a grassroots campaign created a statewide referendum, repealing the law by popular vote. Immediately republican lawmakers, under the leadership of Governor Rick Snyder, met in a lame duck session to reinstate emergency management legislation. This time, by attaching appropriations language to the law, they protected it from the popular will.

With the reinstatement of the law, municipalities were brought under the control of government appointed managers. These managers and their oversight boards set about the task of saving money by cutting services to people.

Over the coming year the attack on democracy will only intensify. Yet throughout the state and the country, there is a deep desire by ordinary people to participate in meaningful ways to make decisions about our collective lives. It is that desire that holds the hope for our future,

True Earth presents, Medicine for the People, their new year-long affordable offering that’s created to easily introduce you to plant medicine. Described as, “a slow and gentle approach to plant medicine that emphsasizes accessibility, depth and relationship over quantity and acquisition,” this organization centers community care and welcomes you to learn of new ways to honor the earth through Medicine for the People.
Registration is based on a sliding scale — Register here! Black Food Love Pop-Up 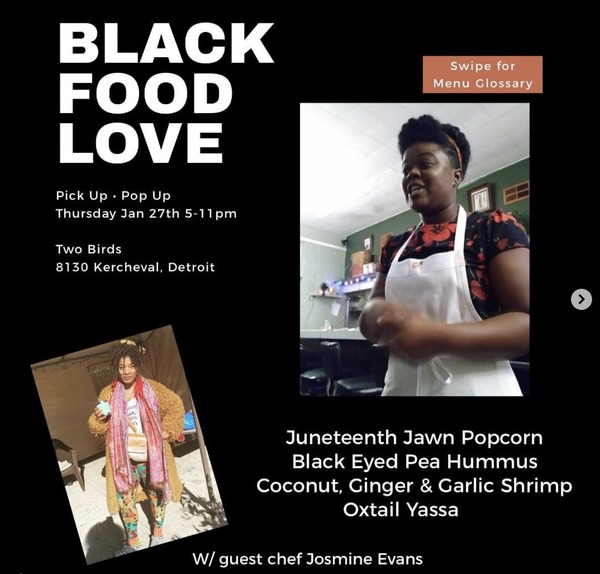 Show them some love and support and place your order here. 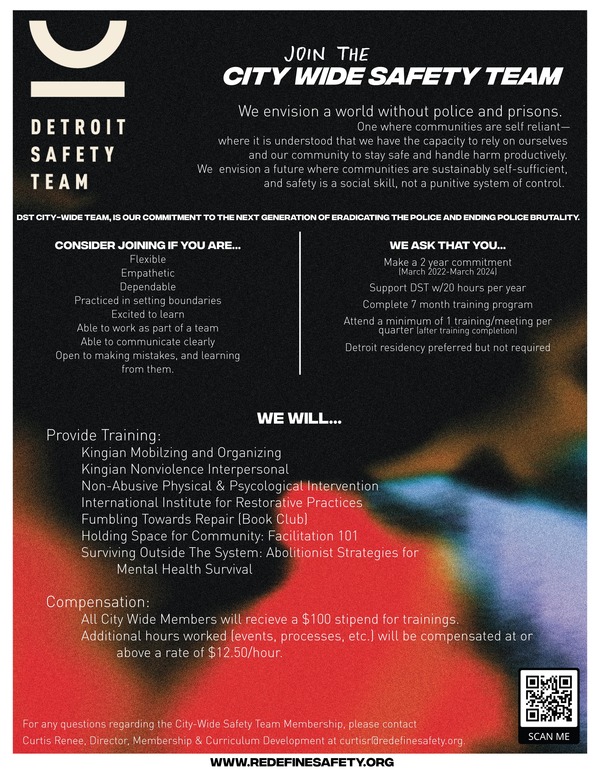 The Detroit Safety Team calls for dedicated individuals in Detroit who are interested in strengthening/developing an abolitionist mindset by building community-centered safety via a 2-year commitment of training/engagement.
Reach out to Curtis Renee at curtisr@redefinesafety.org with questions or find out more here.
______________________________________________
What We’re Listening to/Watching
Everything’s Political w/ Junius Williams 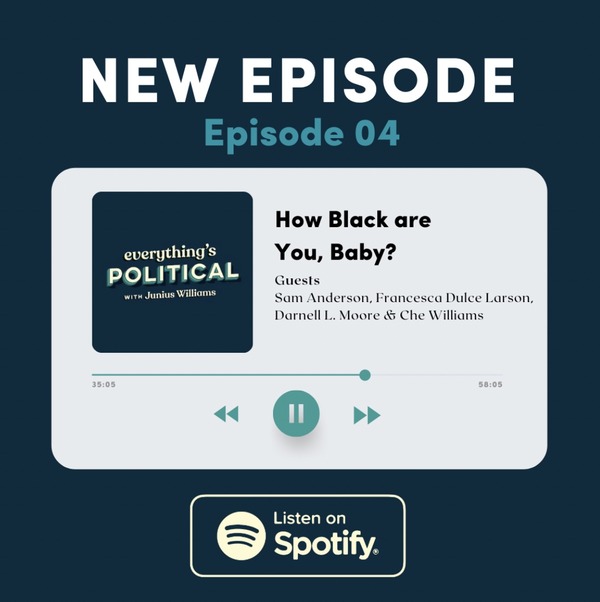 Exploring the era of ‘Black Power’ and comparing to today’s movements, co-hosts and guests Sam Anderson, Darnell L. Moore, and Che Williams discuss the importance of racial identity in movements then and now.

Activist, Sam Anderson stated, “The term ‘black’ was to have it in political opposition to the white supremacist… And that was an eye opener for me in terms of the evolution of this term ‘black’.”

You can catch the latest episode here or find them on Spotify. 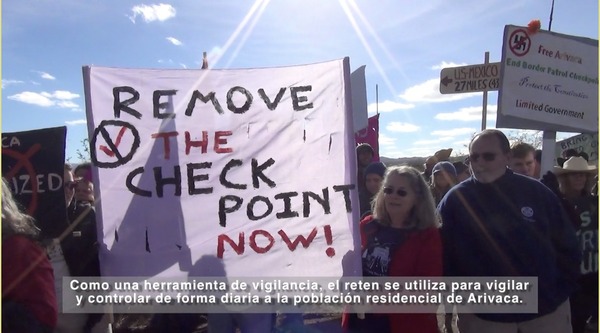 Please join the ACLU o San Diego & Imperial Counties and the ACLU of Michigan on Thursday, February 3, 2022 at 6pm PT/9pm ET for a virtual panel discussion on the intersectionality of police practices and racial justice in our southern and northern border communities.

Over the past few years, policing in the United States has come under unprecedented and long overdue public scrutiny. Yet often, people concerned about police accountability overlook the single largest law enforcement agency in the United States: U.S. Customs and Border Protection (CBP), and its subagency the U.S. Border Patrol. This panel, moderated by ACLU of San Diego & Imperial Counties Senior Staff Attorney Mitra Ebadolahi, will feature ACLU of Michigan Immigrants’ Rights Staff Attorney Monica Andrade and filmmaker Eva Lewis, whose powerful film “Undeterred” documented a community’s resistance to border militarization in Arivaca, Arizona. The ACLU of San Diego & Imperial Counties and the ACLU of Arizona represented Arivaca community members in their legal battle for Border Patrol accountability and to dismantle the Border Patrol checkpoint in their community for seven years, between 2014 and 2021.
Event participants will receive credentials to view the film after the discussion but it’s also available for purchase here. The panel discussion will take place via Zoom and you can register here.

You can also catch their call to action for advisory committee members for their Seeds of Fire program. Deadline to apply is January 30, 2022.
Don’t forget to subscribe for future newsletters & updates.

“Eternal vigilance is the price of liberty, and it does seem to me that notwithstanding all these social agencies and activities there is not that vigilance which should be exercised in the preservation of our rights.”