Michigan is facing unprecedented attacks on basic democratic processes. Right wing forces are launching new attempts to undermine public education, public health, and voting rights. These latest attacks are coming in the guise of direct democracy, using well-financed petition drives to bypass a vote of the people and the veto of the governor.

Behind these attacks are the usual right wing money interests: Betsy DeVos, The Mackinac Center, the Citizens Research Council, and GOP leadership groups. The extent of their involvement is obscured by legislation protecting donors form public identification. But this much we know for sure, DeVos money is behind the effort. A murky group called Let MI Kids Learn has raised over $1.7 million to finance petition campaigns that will bypass both the people and the governor to get money to support private schools. DeVos has kicked in $400,000 so far and the Great Lakes Education Project, which is front for funneling money to DeVos’s favorite causes kicked in another $25,000. Meanwhile another nearly $1.5 million has come from republican organizations that do not disclose their sources of funding.  The current “scholarship” initiative would shift $500 million from public education to private schools.

People concerned about protecting public education have been battling DeVos backed efforts for decades. Central to the DeVos agenda is taking money away from public schools and giving it to private ones.  At every turn the majority of the people of Michigan have rejected the idea that public money should support private education. Our constitution was amended to prohibit any “payment, credit, tax benefit exemption or deduction, tuition voucher, subsidy grant or loan of public money” from being provided “directly or indirectly to support the attendance of any student at any nonpublic school.”

For decades DeVos has been financing legislators and ballot initiatives to overturn this basic principle.  DeVos money was behind the 2000 ballot initiative that would have legalized school vouchers.  When put to a popular vote, vouchers were rejected by nearly 70%.

But slowly and steadily DeVos and her friends’ money has been shaping our state legislature. Right wing republicans have persisted in passing bills reflecting the DeVos agenda. Repeatedly, Gov. Whitmer has vetoed these efforts.

Now the republicans have hit upon a new scheme to bypass both the popular vote and the governor’s veto. The scheme emerged as the right wing has distorted the referendum process, twisting a clause in the State Constitution meant to encourage democracy into its opposite.  The clause allows the state legislature to directly enact into law a petition signed by 8% of the voters of the last gubernatorial election. The petition need not be put to a popular vote and cannot be vetoed by the governor.

Over the last few years right wing republicans have been experts in twisting the petition process. Earlier this year they used this method for the Unlock Michigan Initiative designed to repeal the 1954 emergency power law that gave the governor the authority to issue stay home orders. Now they are at it again with a series of proposals aimed at toughening voter ID rules, limiting the powers of public health departments to declare emergencies, and supporting a  school voucher plan called School Opportunity Scholarships.

Earlier, right wing legislatures used the amendment process to gut two progressive petition efforts on raising the minimum wage and extending paid sick leave. The legislature “accepted” the petitions, then amended them to render them meaningless, destroying their intended impact.

This carefully orchestrated, highly financed effort cannot be blocked by our elected officials. The only way to stop it is to decline to sign. We need to educate each other to the reality  that petition drives no longer serve democracy. Like elections,  they are now hostage to big money, often kept secret from the public. Declining to sign is the only way to protect democracy now.

True Earth presents, Medicine for the People, their new year-long affordable offering that’s created to easily introduce you to plant medicine. Described as, “a slow and gentle approach to plant medicine that emphsasizes accessibility, depth and relationship over quantity and acquisition,” this organization centers community care and welcomes you to learn of new ways to honor the earth through Medicine for the People.

Registration is based on a sliding scale — Register here! 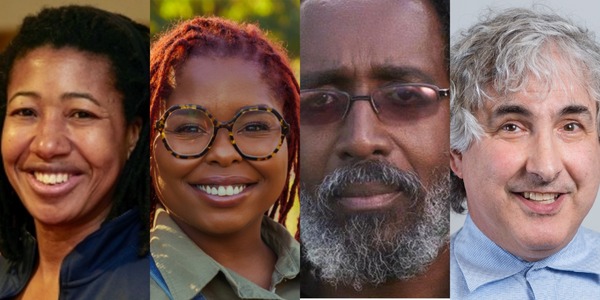 True Earth presents, Medicine for the People, their new year-long affordable offering that’s created to easily introduce you to plant medicine. Described as, “a slow and gentle approach to plant medicine that emphsasizes accessibility, depth and relationship over quantity and acquisition,” this organization centers community care and welcomes you to learn of new ways to honor the earth through Medicine for the People. 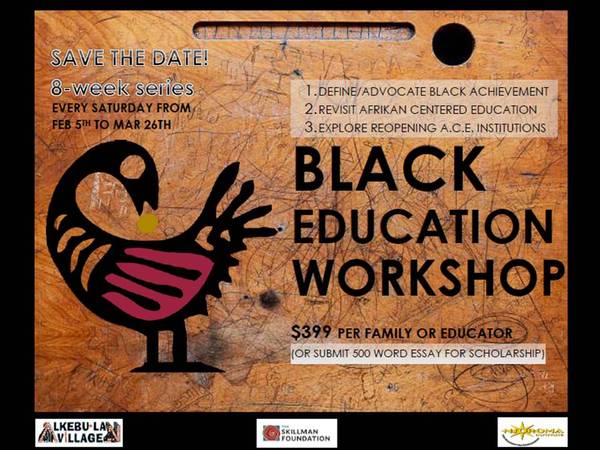 Registration is based on a sliding scale — Register here!

Alkebu-lan Village presents an 8-week workshop designed to inspire the “creation of a coalition of students, parents, teachers, and experts to continue to define and advocate for Black student achievement, to Sankofanize (revisit and reactivate) the research and literature compiled from the Afrikan centered education movement that spanned the 1970s to the 2000s in Detroit, and to explore the reopening of NSOROMA Institute.”

There are scholarships being offered for the course — registration info & scholarship application link can be found here. Classes will take place online weekly on Saturdays from 8:30am – 1:30pm, beginning

The Launch of the NC Truth, Justice, and Reconciliation Commission Initiative 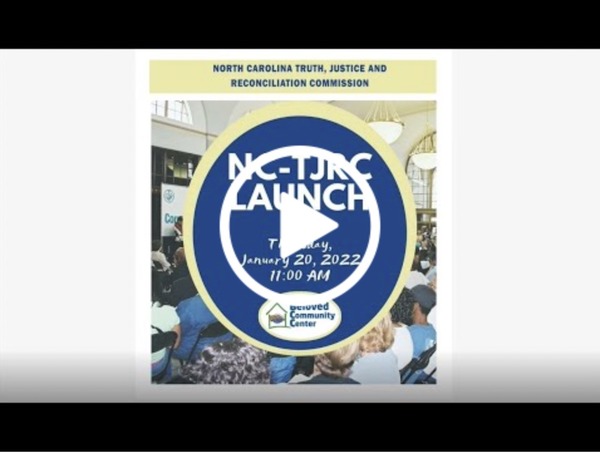 Detroit People’s Platform’s Linda Campbell, along with George Gaines co-writes EGLE must make Stellantis pay, published in MetroTimes. This op-ed comes prior to EGLE announcing a meeting to report on Stellantis’ air quality monitoring, which took place January 27, 2022. DPP provided a fact sheet prepared by the Great Lakes Environmental Law Center regarding the purpose of the EGLE meeting for the public.
You can find more information or get involved with their fight against environmental racism by visiting Detroit People’s Platform.
“Where justice is denied, where poverty is enforced, where ignorance prevails, and where any one class is made to feel that society is in an organized conspiracy to oppress, rob, and degrade them, neither persons nor property will be safe.”