Thank you for all your endless love and support! You embody what community power is and what is possible when we join forces toward true liberation.

At this event we’ll be sharing legal updates on my appeal along with calls to action on how to support our community members coming home, building power around policy/legislation, and other efforts toward visioning and building a world without prisons. We will be welcoming some of the amazing women who I met at Huron Valley who are now home! We must show them our love and solidarity.

For those of you who are not in Detroit- or unable to attend- you can continue to support (as many of you have generously done already) by donating at this link. Donations continue to support legal fees, media documentation, other women who have been released and need support, abolition organizing and much more. Legal fees are also paid by speaking engagements and workshops. If you are interested in either of these options please email us at freesiwatu@gmail.com.

We will keep all of you in the loop as we get more legal and policy related updates, and to keep you informed of other ways to get involved.

Let us continue to hold onto one another and imagine a world without prisons.

This week Mayor Duggan issued a letter that increased the confusion around police use of facial recognition technology.  His carefully worded statement, designed to give the appearance of protecting privacy while expanding police powers, underscores why we cannot trust this mayor, or any police department, with such powerful tools of surveillance and control.

As the controversy is accelerating in Detroit, the New York Times published an article on the private use of digital surveillance as a new profit-based industry. The article by Sharon Weinberger explains how high-tech surveillance is now “a highly secretive multibillion-dollar industry.” Thanks to the Patriot Act, “lawmakers inadvertently created a market for companies interested in providing services and technologies to collect and analyze the new trove of data.”

Later Weinberger explained we need a moratorium on the use of these technologies, precisely because there is both so much misunderstanding and so much misuse. She says clearly, “Intelligence-gathering systems should be treated by the American government like what they are: weapons.”

None of us should welcome the use of these new technological weapons in Detroit, especially not in the hands of public officials who cannot tolerate honest debate. Over the last week we have seen the violent arrest of a police commissioner who opposed this technology, we have been told that this technology is not related to Project Green Light, and we have been told that opposition is “emotional” and “misinformed.” We have been assured by a Mayor who is known for his inability to tolerate criticism that these capabilities will never be used against political opponents or activist organizers. In a recent letter to the public Duggan said bluntly, “I strongly oppose the use of facial recognition technology for surveillance.”

However, the history of police power in the US and everywhere else contradicts this statement. The police have never met a weapon they didn’t use. Nor have citizen rights stood in their way. Whether to protect state power or resolve personal grievances, the desire to identify, surveil, and ultimately control others propels police to use every weapon they have. Usually these weapons cannot be stopped, even when they clearly create great harm.

The lie behind these statements by the Mayor is made clear in the next section of his letter where he accuses the opposition of providing “misleading reports that have confused Green light or Traffic cameras with facial recognition technology. They are not correct.”

The Mayor rests this claim on the carefully crafted sentence, these “cameras do not have any facial recognition technology.” But that is beside the point. These cameras feed into the Control Center that does have this technology.

It is not the opposition that is misinformed or confused. It is the Mayor.

As Eric Williams of the American Civil Liberties Union explained, “Language games and a capitalization on general confusion around the technology have been a core feature of the city’s surveillance initiatives. He indicated that, “Because they keep breaking it up — just traffic cameras, just Green Light participating businesses, just Green Light corridors — you can’t comprehend,” the overall impact.

The Mayor attacks “emotional responses” to placing powerful surveillance weapons in the hands of police. Yet, he plays on the emotion of fear, pointing to car jackings, kidnappings, and murders, claiming, without a single piece of research, that this technology will make us safer.

Many of us who oppose facial recognition technology are emotional about it. We care deeply about the direction of city, the safety of our lives, and the quality of our relationships. We know that history and evidence do not warrant putting facial recognition in the hands of  the police or the mayor. 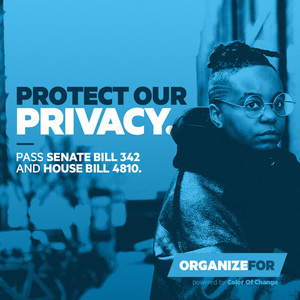 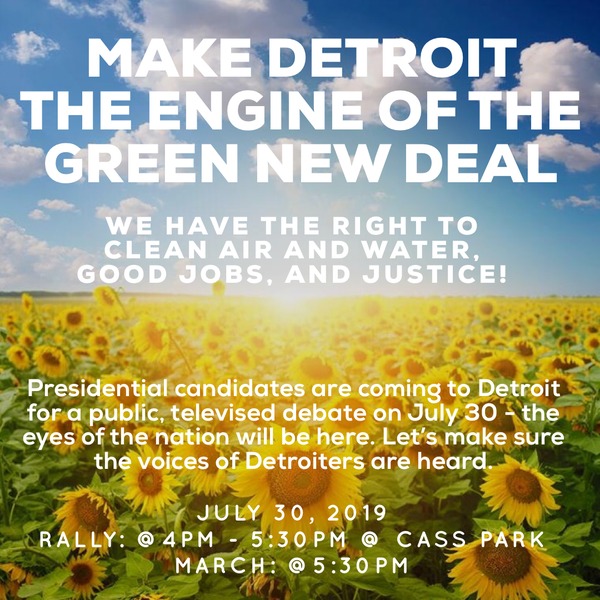