Mayor Duggan announced last week that he has secured nearly 215 acres of land on the east side to hand over to Fiat Chrysler Automobiles (FCA), ensuring the development of the first new auto plant in the city in 30 years. FCA is making a $4.5 billion investment in the new plant and expansions to five other Michigan plants. FCA says it will create 6,500 jobs. They had given the city a short 60-day window to come up with the land for the new plant.

Duggan, proud of his accomplishment, said at the press conference announcing the feat, “We did something that I doubt any other city would have tried and we did it without the benefit of eminent domain.”

The acquisition of the land cost the city $107.6 million, with 50.6 million coming from the city. The rest is coming from state grants and loans (which presumably will also come back to the city). Along with the cash, the city is swapping a total of 155 acres of land, including 117 given to Crown Enterprises and 25 to DTE energy.

The size of city investment brought the deal under the Community Benefits Ordinance. This ordinance, backed by business interests to thwart one with real enforcement powers, is a flawed effort. But east side residents, among the most organized in the city, have put forward visionary ways of thinking about how the current FCA development can be leveraged toward a more sustainable and just future. The CBA being pushed at the grassroots level anticipates a world beyond mass production and extractive industries, arguing for the development of solar and wind power and for the skills and capacities of people to encourage self-sufficient and self-sustaining communities. Residents have also called upon the FCA to create neighborhood stabilization policies, including a moratorium on water shut-offs and tax foreclosures.

This forward thinking by community organizations has unsettled the city administration. While the mayor has attempted to control the CBA process, he cannot limit the power of the ideas being generated there.

It is also now clear that if the Mayor is to retain any credibility about the CBA, he is going to have to address the enormous costs associated with the acquisition of the land. The land give-away to Hantz Farms is completely overshadowed by the deal with Crown Enterprises.

Crown Enterprises is the name of the company owned by the Moroun family. The Moroun’s are not noted for their civic consciousness. In this latest deal in order to get the 82.2 acres owned by them, the city agreed to pay $43.5 million and 117 acres of land. This is ten times the cost for a little over half the acreage of the remaining land. The city paid only $4.6 million for the other 132 acers.

At the very least the Moroun Family and the City should enter into another CBA so that the community can gain direct benefit from the public lands and cash given the Crown Enterprises.

Detroiters have become wary of deals done under deadlines. There is a long list, including Poletown, Marathon, Detroit Axel, Hantz Farms, and the drive to bankruptcy, where corporate powers press the city for quick decisions. Almost always these are decisions that benefit the corporations and leave the city with broken promises. 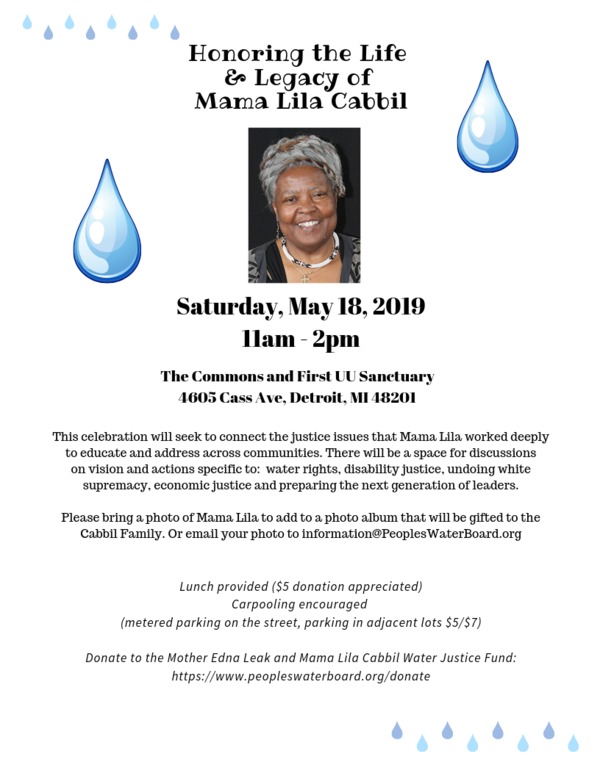 In an effort to educate the Citizens of Detroit about the current status of the Detroit Charter Commission and the revision process, there will be an info discussion to ensure the Citizens have a better understanding of what the elected body has accomplished this far. The info discussion will include a presentation by The People’s Slate that outlines the following: 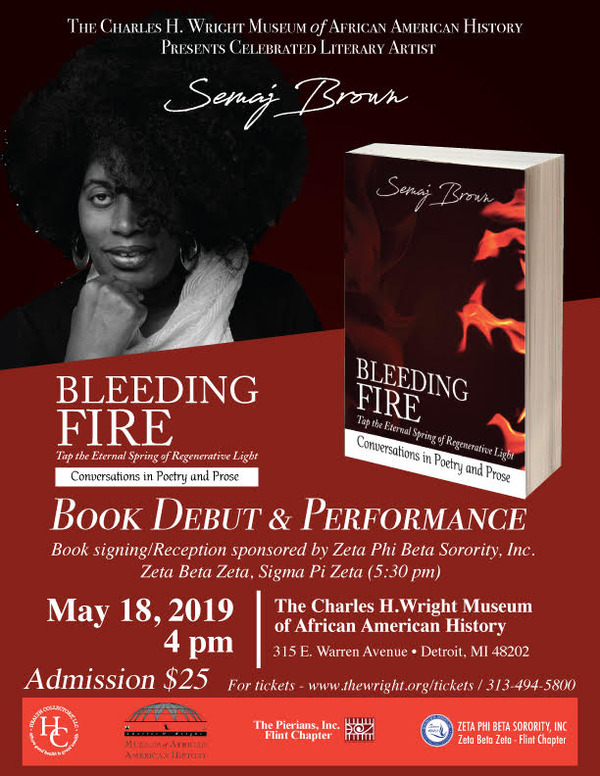 At the Michigan Coalition for Human Rights annual dinner, Frank Hammer shared the continuing struggle and update of the Colombian Injured Workers. Representatives from MCHR visited Colombia in 2018.

ASOTRECOL: The Association of injured workers and ex-workers of GM Colmotores – Colombia

Out of a recognition of the interconnectedness of struggles for social and economic justice between the peoples of the US and the countries the US dominates, the Michigan Coalition for Human Rights proudly recognizes the struggle and achievements of the ex-GM workers in Bogota, Colombia in their fight for justice.

Those autoworkers, injured on the job because of a blatant disregard for their health and safety and then fired by General Motors, formed the association ASOTRECOL.  Detroit-area activists know these workers from their dramatic tent encampment at the US Embassy now reaching its 2,823rd day, and their acts of moral witness, including stitching their lips shut as part of three hunger strikes.

The MCHR embarked on a campaign of Solidarity, awarding ASOTRECOL leader Jorge Parra with an “International Labor Activist” award in 2013.  Some of you met Jorge on his journeys to the US and have become supporters of ASOTRECOL. Your solidarity has been deeply appreciated not only on a spiritual and material level but because it’s been impactful, even after its 7+ years!

Last Spring, MCHR sponsored a 6-member delegation to the tent encampment in Bogota, led by Board members Kim Redigan and Frank Hammer.  The delegation witnessed first hand the heroic stand by Jorge and his comrades, their support for other struggles, including families fighting the banks over unjust evictions, and other fired injured GM workers. Inspired, delegation members and others took the justice of ASOTRECOL’s fight into the GM shareholders’ meeting on June 12th and confronted GM CEO Mary Barra on the unjust management actions perpetrated in Bogota.  Some of us were booted out, only to join a spirited rally there at the Ren Cen!

Though ASOTRECOL hasn’t reached its goal of a just settlement with GM, much has been achieved:

We urge MCHR supporters to keep up the fight! We’re making a difference! Online donations for ASOTRECOL are welcomed at www.asotrecol.org. Keep up with our latest actions by visiting us at www.mchr.org.