Adult allies are needed to assist We the Youth of Detroit in testing water across the city.

Thinking for Ourselves
Shea Howell
Against the Darkness

This is a time of accelerating homegrown terrorism. The Massacre at the Tree of Life Synagogue in Pittsburg followed closely behind the shooting deaths of two people in a Kroger parking lot in Kentucky. The killer had gone to the store after being unable to enter the First Baptist Church.

These killings, coming so closely after pipe bombs were sent across the US, along with the emerging details of the state directed murder of Jamal Khashoggi, led me to ask students in my university classes if they wanted to have conversations about these events.

I often take time in classes for reflection on current issues. So, I was unprepared for the response this time. In two separate classes most students said they really didn’t want to talk about any of this. They said they were numb. They did not want to think about it. They didn’t like that they were so shut down, but they were afraid. It felt like nowhere was safe.

This kind of reaction to the violence that is becoming normal in our public life is as dangerous as the violence itself. It is the necessary grounds for fascism to flourish. Fascism depends upon our disconnection from each other and from our selves. It not only requires that some of us be willing to commitment unspeakable horrors against each other. It requires that most of us give up reacting to these horrors. It requires we no longer feel it matters if we care.

This is why I was especially glad to see that some students were organizing a public response to these killings. At my university students organized a candlelight vigil. “Our student leaders came up with the idea and the event has grown organically over the past 48 hours to the point where we have Christian, Muslim and Jewish groups working together to participate in the vigil,” said Senior Director, Office for Student Involvement, Jean Ann Miller. Well over 200 people attended the event. People of Catholic, Protestant, Muslim and Jewish faiths spoke about connection, courage, and the need to care for one another.

This group was one of thousands, large and small that have come together to publicly stand against hate, violence, and fear.
Speaking to the overflowing crowd of the small Newton Massachusetts synagogue, Rabbi Robbinson said, “Each of you who made the choice to come here tonight, to stand together, to pray together, are angels of peace. Let us raise our voices against the darkness.”

Trump’s words foster fear and violence.  They matter. As Henry Giroux recently observed:
“Trump’s language is neither harmless, nor merely a form of infantilized theater. It is toxic, steeped in a racist nationalist ardor that stirs up and emboldens extremist elements of his base. It adds fuel to a culture capable of horrific consequences, …It is also the language of silence, moral irresponsibility and a willingness to look away in the face of violence and human suffering. This is the worldview of fascist politics and a dangerous nihilism — one that reinforces a contempt for human rights in the name of financial expediency and the cynical pursuit of political power.”

But our word matter much more. Through our words we can foster connection and love. Our words, openly offered in the public sphere, become the strands to weave a new democracy, rooted in life affirming values.

The Tragedy in Pittsburgh
Richard Feldman

The tragedy in Pittsburgh is a wake up call to our nation and to our souls.  As a country we have a history drenched in blood. Beginning with the massacres of Native Americans to the enslavement of African Americans to the internment camps, to our prisons, we have step by step put economic gain over human dignity. Our Constitution put slavery above human and social values. These choices continue as our current President abuses immigrant children.

We are able to continue to evade the consequences of our actions because we make people most affected by them invisible. We put folks with disabilities in prison like institutions, we declare the children of Flint fine, we deny the human dignity of gay, lesbian and transgender folks. At every turn, our nation has chosen economic development at the expense of human beings and the earth.

It is easy to say that Trump has blood on his hands. It is more difficult to say that our historical silence has come home to roost.  We would rather talk about healing and guns than look at ourselves and the cost that most of the world has suffered so that “typical Americans” can pursue our daily happiness.

What we are experiencing is not an individual mental health problem.  It is a social health problem.  This is not only about hate and violence. This is an historical problem that we have created in our pursuit of the evil triplets of racism, materialism and militarism. In Martin Luther King, Jr.’s speech: Beyond Vietnam: A Time to Break the Silence he calls upon us to acknowledge that we are the “greatest purveyors of violence” and to create a radical revolution in values.

Most Americans believe a fantasy story about our past that tells us we are special, entitled to what we have, and are the best country in the world.

As James Baldwin said: “America will never know its name until it knows my name.”

This tragedy cries out for us to look beyond simple answers. It is not about guns or the acts of a deranged person. It is about the violence rooted deeply in our past and our present. It is the violence that has led us to believe some of us are superior to other people and to the living world on which we depend.

Our country will not heal until it faces our past and grapples with the challenge of Dr. King when he said that when faced with such violence, “I cannot be silent.” Silence is betrayal.

Let us engage with each other and develop new truths about who we have been and who we wish to become.
What We’re Watching 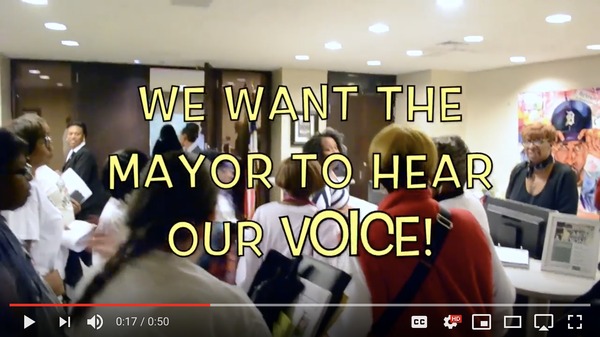 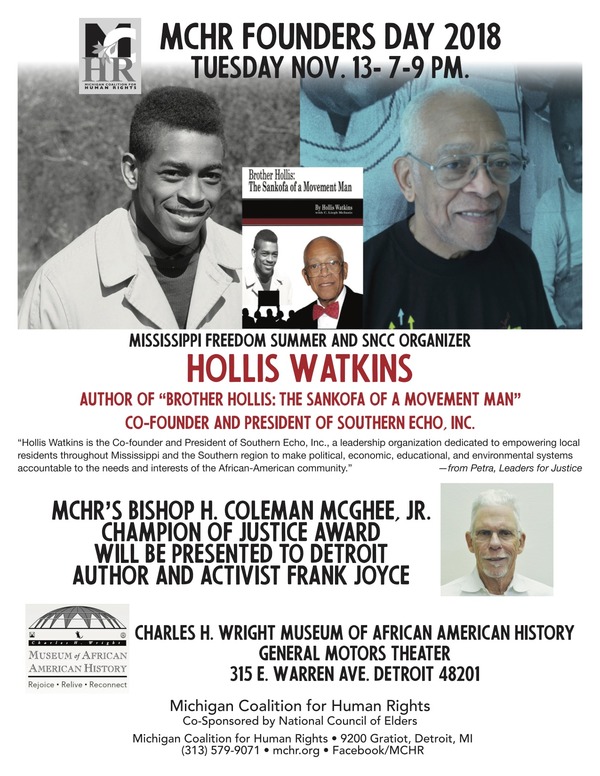 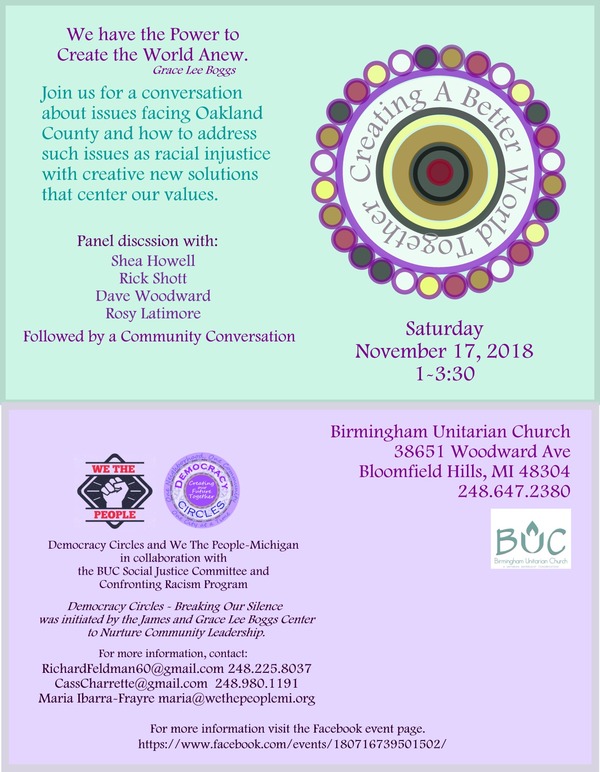