Tensions are building as we move through these final days toward the election. Almost everyone I know has been saying, “I can’t wait until this is over.” Of course, most of us know that no matter who wins the election, the tensions we feel and the challenges we face are not going to go away. They will intensify.

It now seems likely, that Joe Biden will win the popular vote. His lead a week before election day is in the double digits and is “without precedent in the 21st century.” Early voting has been heavily in favor of the Democrats, especially in key states like Texas and North Carolina.

However, winning the popular vote is no guarantee of winning the presidency. In an analysis of the power of minority rule in this country, Steve Levitsky and Daniel Ziblatt wrote in the New York Times:

“Recent U.S. election results fly in the face of majority rule. Republicans have won the popular vote for president only once in the last 20 years and yet have controlled the presidency for 12 of those 20 years. Democrats easily won more overall votes for the U.S. Senate in 2016 and 2018, and yet the Republicans hold 53 of 100 seats. The 45 Democratic and two independent senators who caucus with them represent more people than the 53 Republicans.”

The Electoral College and the Supreme Court have been playing their intended role, thwarting popular rule.

But even if the Democrats assume the office of the President and manage to establish a majority in the House and Senate, their capacity to translate majority power into governmental action will be severely challenged.

First, anything the Democrats agree to do that will benefit the people and the planet will be challenged by Republicans. They Republican minority has the capacity to filibuster and use parliamentary maneuvers, but more likely they will depend on using the courts to challenge and overturn legislation.

We have seen this time again, for example, with the Affordable Care Act.  But this use of courts to overturn Congressional legislation will be a central tactic moving forward. One of the accomplishments of the Trump administration is that he and the republicans have successfully shifted much of the federal court system solidly toward the ideologically fringe right wing. In his first three years, Trump appointed more judges than President Obama did in his entire time in office. Trump’s appointments now make up more than a quarter of the appellate bench. For most, their primary qualification is adherence to extreme right-wing ideas. It is likely that even small efforts, like a national mandate to wear masks during the pandemic, will be challenged in the courts. And, as here in Michigan, the originalists will find it an over reach of power, not supported by the Constitution.

Beyond legal maneuvering, we should expect increased extra-legal violence. Last week the Center for Strategic and International Studies, released a report documenting the depth of right wing extremist violence. They found that 41 of the 61 terrorist attacks, or  67% of all the attacks in the first 8 months of the year, were committed by white supremacist groups. This report comes on the heels of the annual assessment of the Department of Homeland Security “warning that that violent white supremacy was the ‘most persistent and lethal threat in the homeland’ and that white supremacists were the most deadly among domestic terrorists in recent years.”

It will be a relief for all of us if Joe Biden and Kamala Harris actually take office. We know they are limited and have no desire to make the radical changes necessary. But they represent a needed counter to naked abuse.  But we should have no illusions. We have reached the point where we must now remake this country, establish the kinds of  values that will govern us, and make the decisions that will protect not only the lives of people, but the health of our earth. The transformations required of us will not be quick or easy. But they are essential now. We are in for the long haul, requiring the stretching of our will and imagination.

Podcasts! Podcasts!
HOW TO SURVIVE THE END OF THE WORLD: This is a Detroit love affair of an episode. For How To Survive’s first appearance at the Detroit Podcast Festival, we invited two Detroit based warriors for justice – 313 Liberation Zone’s PG Watkins (ultimate_paygee) and Detroit Justice Center’s Amanda Alexander (@A_S_Alexander). We discuss visions, abolition, and the unique ground that Detroit is for practicing our beliefs. LISTEN

UNDER THE TREE: We have taken up the question and the problem of freedom from various angles of regard, and today we move from an expansive metaphor—freedom as the wide, wide sea—to a material reality—freedom as the concrete act of unlocking the prison gate and walking out, free. We visit with Kathy Boudin, a social justice activist who spent 22 years in a New York State prison, and has, since her release in 2003, helped to organize a remarkable network and a wide range of projects to dismantle the system of mass incarceration. LISTEN

Many forces have shaped the past 700 years of human history, but none as profoundly as the global imperial expansion by England, France, Spain, Portugal, Belgium and Germany. The centuries long conquest, colonization, enslavement, domination and exploitation of Africans and other people of color and their lands was deeply rooted in a white supremacist worldview.

European explorers came to the shores of West Africa and the east coast of what we now call the United States, with ideas about the private ownership of land that were shaped by the feudal societies that they came from; highly stratified societies were the wealthy owned much of the land, and the masses were landless, impoverished and subject to all manner of abuse and exploitation. Those European explorers encountered Africans and “Native Americans” whose cultures suggested that the earth cannot be privately owned, but only wisely used by humans for the common good, and preserved for future generations.

Because Europeans eventually won the hard fought military campaigns they waged against Africans and the indigenous peoples of the western hemisphere and created institutions to maintain their cultural dominance, we have been taught the idea that the earth is a commodity that can be bought and sold. This idea has continuing impact. Many contemporary national boundaries are the result of colonization by Europeans. We can’t intelligently discuss the present economic, political, social and health disparities impacting Africans, both on the continent and in the diaspora, without understanding how these inequities were shaped by and continue to be perpetuated by European imperialism, colonialism, neo-colonialism and the global system of white supremacy.

Across the planet, this thirst for continued dominance plays out in land-grabs. More and more land “ownership” is being concentrated in the hands of the few. Small-holder farmers are being forced out of business. People leave rural areas coming to cities where, if they find employment, they become wage-slaves to the wealthy.

Land grabs are taking place in many African-American communities such as Harlem, Washington D.C. and Detroit. But, Detroit is unique. The population of the city declined from 2,000,000 in 1950 to its current level of about 675,000. The City government struggles with how to maintain city infra-structure and services for a geographic footprint which has not shrunk, with the meager resources afforded by a much smaller tax base. No easy task indeed.

With more than 1/3 of the city’s land-mass vacant, Detroit is a prime target for land-grabbers. One can clearly see the temptation facing City government to sell off unused city-owned land to the highest bidder, putting the land back on the tax rolls, and in the process ridding themselves of the responsibility of cutting the grass and otherwise maintaining the property.

But, this is not a time for easy solutions. This is a time for bold, innovative thinking that is informed by history and guided by values that work for the betterment of humanity. Because Detroit is viewed by many around the world as the poster-child for urban decay, there is great interest in our efforts to think, create and build ourselves out of the seemingly intractable situation in which we find ourselves. The eyes of the nation are on Detroit.

Detroit’s political leadership has the opportunity to shift the paradigm from more concentrated ownership of land in the hands of wealthy whites, to strategies that recognize the value and developmental potential of commonly held land, and the value of facilitating increased land “ownership” by the city’s residents. Besides for its people, land is Detroit’s most important asset.

1) How can fair, just and transparent procedures for the sale of city land be developed and implemented?

2) How can a developmental strategy be implemented that allows for commonly held land to be entrusted to city residents for beautification, recreation, gardening, environmental stewardship, teaching and generating income?

3) How much land should be sold to any one developer or consortium of developers?

4) What reciprocity should the people of Detroit expect for the sale of land to developers?

5) How do we close the historical gap between wealthy landowners, and the landless?

If the people of Detroit do not quickly learn the lesson taught by the Pan African Congress USA, that, “land is the basis of power”, we will find ourselves in a continuing subordinate position. 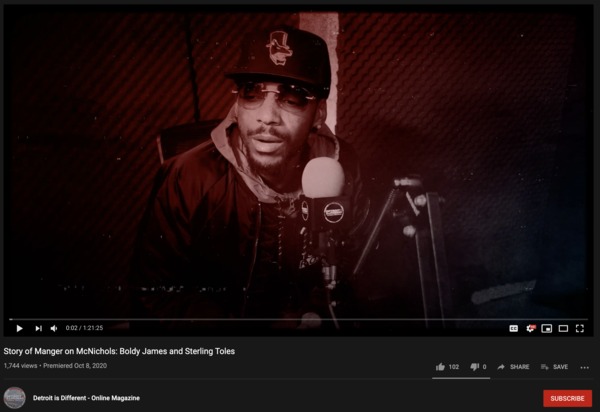 The Story of the album that took a decade to create featuring Jazz, Hip-hop, Soul, Gospel, and Detroit. Boldy James and Sterling Toles masterpiece Manger on McNichols is told in these in-depth interviews. Producer Sterling Toles shares the story of meeting Boldy James and crafting an orchestra arrangement around the heartfelt story of what led him into street life. The Manger on McNichols album is already acknowledged as one of the most dynamic and creative works of 2020. Introduce yourself to the collaborative brotherhood that created this expression of Detroit Life. – WATCH 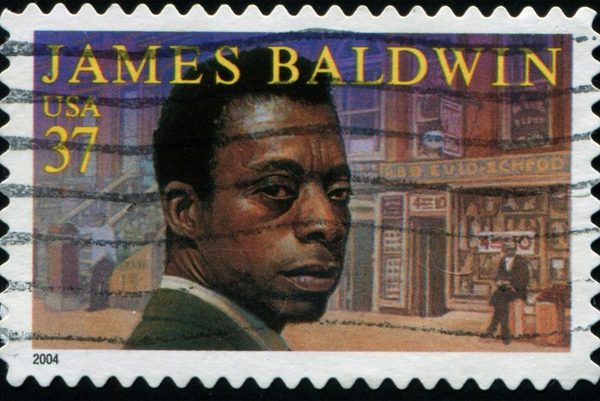 “Summer 2020 marked a significant shift in civil unrest in the United States. With rising unemployment, a global pandemic, an open supreme court justice seat, and increased public around issues of police brutality and state sanctioned violence, this country has been in a state of lamentation. People, especially Black Lives Matter activists, have come to the streets to vocalize collective dissatisfaction with racial and economic inequality in the United States. We are living in a time that calls for revisiting James Baldwin and his blues.” – KEEP READING