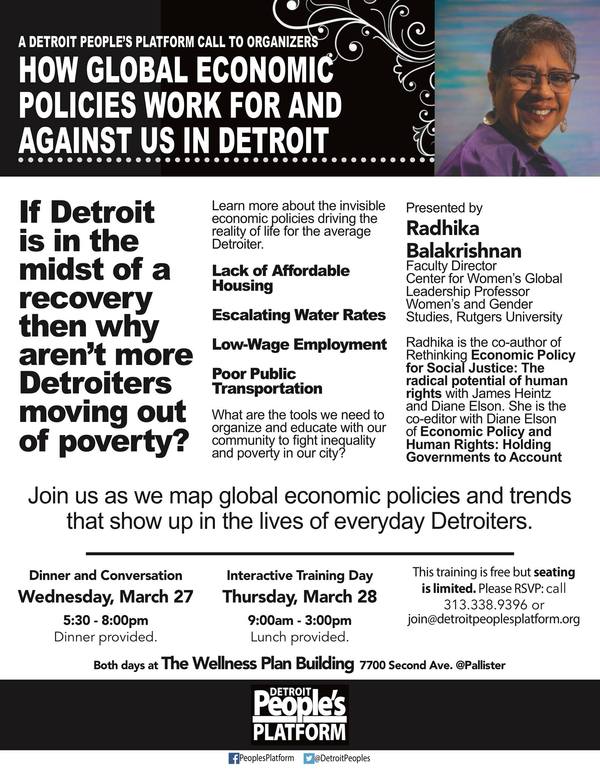 Thinking for Ourselves
Truth Matters
Shea Howell
Neil Barclay is getting a lot of press. As the new CEO of the Charles H. Wright Museum of African American History, Barclay has been filling up the airways, giving interviews and penning columns. All of this is in an effort to justify the opening of the exhibit entitled Slavery at Jefferson’s Monticello: Paradox of Liberty. Barclay has been the subject of major news stories, written an op-ed, and appeared on Detroit Today and Michigan Radio. Even the Non Profit Quarterly has profiled his new job.

These sources mention the controversy over the Jefferson exhibit, but not a single one has reached out to the Black Legacy Coalition for comments. Nor have they asked any of the organizations that oppose the exhibit, including a leading professional association of African American scholars, and human rights groups.

This lack of coverage was most glaring last week as members of the Black Legacy Coalition went to the Detroit City Council with their concerns. Coalition members asked the Council to exercise its authority and stop the current exhibit.  They also asked that the Council insist on community-based representation on the Museum board of directors, and that the Council increase the annual funding of the Museum to support needed repairs and program development.

These remarks went unreported in the mainstream press.

Instead the mainstream media has focused on recycling the arguments for the exhibit, this time delivered by the new CEO. Most of Barclay’s editorial simply restates the known facts of Jefferson, but continues to sanitize their relationship.

Barclay writes that Jefferson “fathered six children with Sally Hemings.” Jefferson did not “father” children. He raped a 14 year old girl whose life he totally controlled. This is not fathering. The use of the term father is intended to obscure the sexual violence inherent in this relationship. It is precisely this kind of confusion that has fueled objections to the exhibit.

Barclay claims, “at the Wright, the exhibition puts the lives of six enslaved families who lived at Monticello at the center of the narrative presenting them as fully-realized humans … and not just as plot devices for a story about Jefferson. Our insistence that the lens through which the story is told was shifted to the perspective of enslaved families is the most exciting — and to date unique — aspect of the Wright’s presentation of the exhibition.”

What this means in reality is that Barclay moved the life size statue of Jefferson away from the front door. Visitors are not greeted by Jefferson when they walk in. Instead they walk over a tombstone with the names of people who were enslaved. Jefferson is a little further in, still on his pedestal.

The primary justification that Barclay gives for the exhibit is it sparks “dialogue.”

This is of course the justification that the Jefferson Foundation put forward in its grant proposal. We need to talk about race. The exhibit is “a lens through which to understand the complicated dynamics of our founding, and the ways in which slavery continues to shape our nation.”

This reasoning is much like the infamous Kerner report that found the causes of rebellion in the US to be white supremacy, and then made a host of recommendations to change African Americans. This exhibit, based on lies, is as dangerous for white people as it is insulting to African Americans. It wants to keep Jefferson as focus, not confront the violence he perpetuated. It is part of the current white supremacist thrust to rewrite history.

The Black Legacy Coalition is encouraging everyone to call  or email City Council and demand they close down this exhibit, expand the board, and increase support for one of the most visionary, sacred places in our city.

This museum was built by public funds, voted for by the citizens. The city budget allocates funds to it every year. We must insist that there is at least one place in or city where truth matters.

Can the city send a contractor to strip and demolish your house without even a notice?
Russ Bellant

On March 7 contractors showed up at a house on W. Arizona in the Six Mile/Woodward area without notice to the owner or neighbors and pulled bricks, windows and 6 ft fencing from the property. This house has been owned since 2016 by a family with 6 children that has been restoring the house so that they can move their family in. It was secured until the contractor flattened the doors and broke out windows that they did not remove. They also broke out some basement glass block windows.

The owners were alerted by neighbors and arrived to stop the destruction of their house. The contractor was rude but eventually called their boss who said to stop work. By then one of the contractors, Brickworld, had bundled up 4 pallets of bricks and the fencing was gone. They demanded to see the paperwork authorizing contractors on their property but no paperwork was provided at that time. She advised them to leave her bricks but by the next morning all 4 pallets were gone. 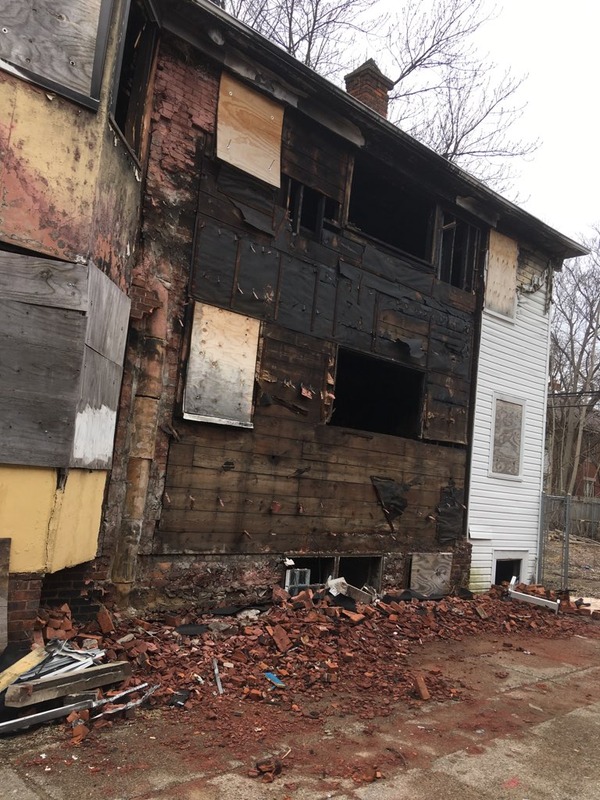 She called the City’s Buildings Safety and Environmental Engineering Department (BSEED) and was told that if she wanted to repair the damage to her house, she had to obtain a $700 permit. No apology or admission of error was forthcoming. The house has been open to the elements since. After a BSEED employee threatened to have the contractor come back and finish the demolition, Supervisor Arthur Edge (who I consider a man of his word) promised a suspension of the demolition activity, according to the owner. Later documents shared with the owner regarding the contract had dates going back to 2015.
So, how can a 2015 contract be valid when the owner (the City) sold the property and thus forfeited its right to solely determine the fate of this property.? The house was, after all, secured by the rightful owner until the contractor destroyed the security.

From my point of view, multiple crimes were committed – breaking and entering, vandalism and theft of property. Somebody needs some jail time.

If you think that this requires citizens to stand in support of this family (and others in similar straits exist, I am told by several downtown sources), please write russbellant@gmail.com that you will help when and where possible.