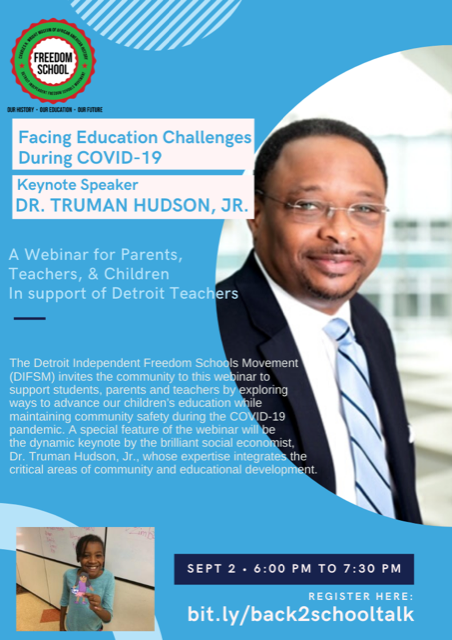 Over the last few weeks, it is becoming increasingly clear that the Detroit Police Department routinely uses deadly violence and excessive force as a normal part of their operations.  This week Detroit Will Breathe filed a federal lawsuit against the city. The lawsuit documents the use of tear gas, pepper spray, rubber bullets, chokeholds and beatings, all without cause as people demonstrated to protest these very tactics and the white supremist culture that produces them.

Chief Craig responded predictably. He said he is “pleased” the group filed the suit, because the City of Detroit plans a counter suit. Craig is appreciative of the city efforts “fighting to reject…another example of the perpetual false narrative.”

Since May, every single time anyone has raised a question about police conduct, Chief Craig has said the same thing: It’s a false narrative. So. when police initially responded with brutal force in early May against demonstrators, it was false. In June the use of force by police was so outrageous, demonstrators held a public tribunal. At the tribunal Nakia Wallace, one of the founders of the movement happening in our city said. “What we saw over the course, particularly the first two weeks, was excessive use of force and violence towards people exercising their constitutional right to protest.”

A few weeks later police drove an SUV through a crowd, speeding away with at least two people on the hood.  The video was publicized nation- wide. At the time, Gabriela Alcázar of the Black Brown Alliance said, “It was awful, and attempted vehicular manslaughter against clearly peaceful protesters” and added that the people were “very concerned, and we definitely demand a thorough investigation take place.”

Because of the initial public outcry about both the righteousness of these protests and the quick condemnation of the use of force, the Detroit Police became more cautious in their tactics. But as we continue to witness the relentless killings of Black People by police across the country, and the increased violence of police everywhere, Detroit police are responding to demonstrations with more force. Unless, of course, it is demonstrations by white people, carrying guns to “protect property” or demand legislators act in their interest.

This police violence is being encouraged at the national level, especially through the use of federal troops and para military actions.

Most recently, as “Operation Legend” unfolded in Detroit, people demonstrating against the federal escalation of force in the city were met with brutal violence from the police.

Violence against demonstrators is not the only problem we face. We have had 4 killings in less than a month. These come in the context of nation-wide protest and a long history of police abuse. At the beginning of this century, independent studies documented that the “Detroit police were the deadliest in the nation.” The rate of police shootings was 2.5 times higher than in New York City and 1.5 times higher than in Los Angeles. This culture of violence is deep within the institution of policing. It has historic roots, and will not evaporate because the Chief of Police refuses to address it. He is playing a very dangerous game.

We need to support the demonstrations and demonstrators in our city who are challenging this culture and demanding the defunding of the Detroit Police so we can begin to create a new kind of responsibility toward protecting each other.

While many in our city have been supportive of the Chief, that consensus is beginning to unravel. Former Chief, and one of the most respected men in the city, Ike McKinnon, is calling for “transformation.” Labor unions, sports teams, and community groups are challenging the official line and demanding change.

As people continue to gather to envision a culture of peace, one narrative is clear: 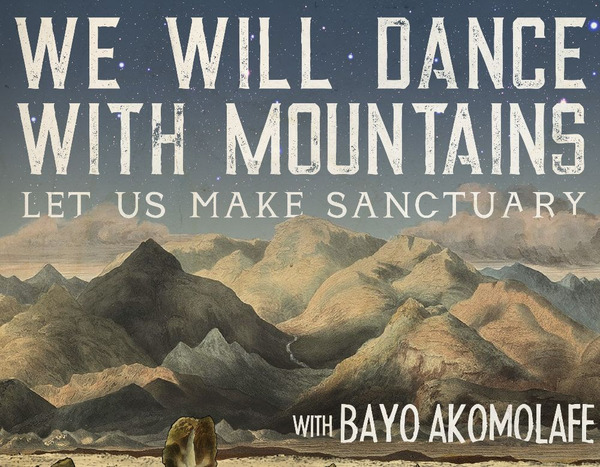 We Will Dance with Mountains: Let us Make Sanctuary is a hybrid course (online and offline practices), collective research inquiry, and cartographic project emerging on the heels of cataclysmic endings and strange inflections.

DETROIT – The Coalition for Police Transparency and Accountability has issued a statement calling for the Detroit Police Department to stop taking orders from the racist Trump administration’s Attorney General William Barr and to stop the police violence against the people of Detroit.

Saturday’s major escalation of police violence against activists and Police Chief James Craig’s cooperation with AG Barr have increased the urgency for Craig to step down. The Detroit Police Department must end its liaison with the most openly racist US president in living memory.

While Detroit Police have previously used violence and falsely accused protestors in the past, Saturday’s protest against federal policing in Detroit featured more direct and violent attacks from police than ever including attacks on the press, legal observers, street medics, and those not involved in the protest. Lawsuits against the city have resulted from the use of excessive police force, including force used on those who followed police orders on where to stand.

The level of violence and the attacks on observers and demonstrators repeats a pattern in other cities where the Trump administration has been involved. Beating, lacerating and pepper spraying nonviolent protestors is never acceptable. And, in a mass meeting following the Saturday action, participants reported that Detroit Police charged the crowd with batons and shields, not to arrest people engaging in alleged unlawful behavior, but rather to fight and attack unarmed people.

We believe this brutal, unacceptable increase in police violence and attacks stems from the Trump administration’s influence through Attorney General Barr who has been working closely with Chief James Craig. It has increased the urgency of our call for Craig to step down and for Detroit Police to end the attacks on unarmed people exercising their First Amendment rights.