This week a strong community-based coalition brought together by Detroit City Council President Pro Tempore, Mary Sheffield and Council member Raquel Castaneda-Lopez introduced a Detroiters’ Bill of Rights that they want to see included in the revisions to the City Charter.

The leadership of the two council members strikes a stark contrast with most of their colleagues on the City Council, the Mayor, and the Chief of Police. Across the globe, people are demanding broadly based, systemic change. Yet in Detroit, most members of the city council have used every trick in the book to block even modest reforms to the system.

Councilman Scott Benson has led the council in distorting community benefits, confusing and watering down legislation to protect corporate development. He has blocked efforts for greater public accountability over the police. He has been aided in these tactics by former policeman turned councilman, Roy McCalister and Jaynee Ayers, who loves to ask “what do the boots on the ground think?” She seems unmoved by the fact that often those boots are used to squeeze the life out of people. Jones, Tate and Spivey have also found themselves on the wrong side of every corporate give-away of the city and seem to lack any sense of the critical moment we face. They are increasingly at odds with the mood of the city, drifting toward concern for their own political advancement and currying corporate favor.

The Detroiters’ Bill of Rights, on the other hand, reflects a responsiveness to decades of work at the grass roots, enshrining the right to clean, affordable water; to a protected, healthy environment; to safe communities; to basic needs; recreation: and mobility.  The document strengthens our welcome to immigrants, supports people with disabilities and establishes principles for public, fair budgeting practices.

More than two years ago, Sheffield unveiled a People’s Bill focusing on revitalizing communities and establishing fundamental principles of governance. Most of this has been blocked by council majorities, but it has clearly inspired the new Bill of Rights.

This Bill of Rights also recognizes that we are at a critical juncture in the evolution of our city. Mary Sheffield said, “We are at a rare moment in this nation’s history when the voice of the people is being amplified and real change is achievable.” She explained, “It is important to meet such a historic opportunity with the organization, action and policies that could deliver quality of life improvements for the oppressed.”

Castaneda-Lopez emphasized the importance of establishing clear values that encourage the capacities of human beings to reach our fullest potential. She said,  “It is our responsibility as public servants to uphold this value and lead with courage to build a just future. By embedding the principles of racial equity and social justice in the City’s charter, we are changing the status quo and laying the foundation for a new way of governance.”

A fundamental aspect of this new way of governance must be to develop ways of living that recognize the systemic racism and white supremacy that is reflected in the current system the Mayor, Police Chief and majority of the council are trying to protect.

Tawana Petty, data director of the Community Technology Project explained how this bill puts into practice efforts to dismantle racist systems. She says, “We are dedicated to creating systems that dismantle anti-Blackness, center Black Detroiters, and create equitable access to and distribution of resources for the most vulnerable wrong side of history. 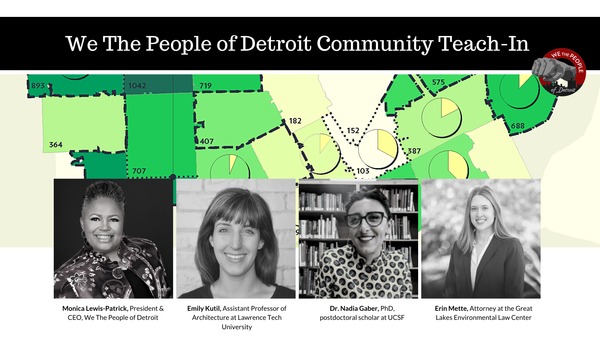 Watch as We The People of Detroit and community leaders discuss how COVID-19 has impacted water insecure communities in Detroit, as well as the legal implications of structural racism.

Poetry As Visionary Resistance to the Systems Out to Get Us:

This session was held at the 21st Annual Allied Media Conference. It explores how poetry has been leveraged to influence political movement, theory and technological and scientific spaces. Joy Buolamwini, neta bomani, Greta Byrum and Tawana Petty? 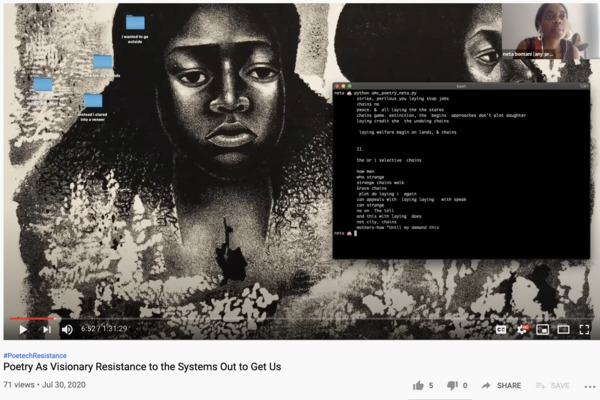