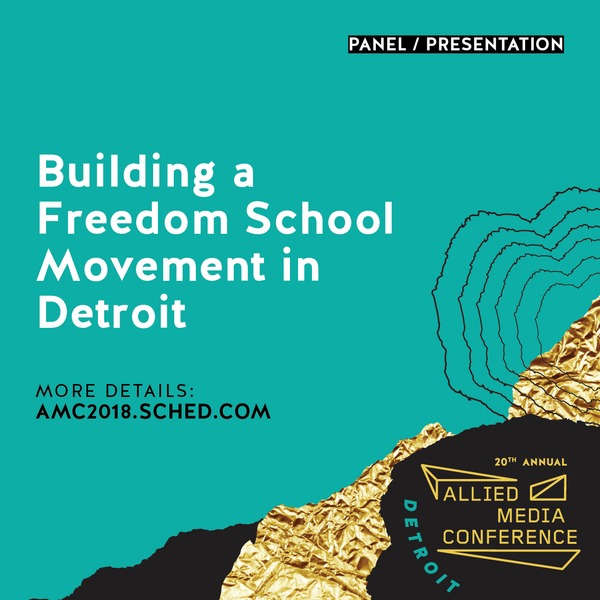 The business and political elite gathered on Mackinac Island last week to determine ways that will advance their interests and solidify their political control. As reported, “Nearly 1,700 business leaders, politicians, and philanthropists headed to Mackinac Island to rub elbows, and discuss issues in the state ranging from education to transportation.

Each year the Detroit Regional Chamber of Commerce, which sponsors the gathering, organizes panels and speakers around themes, or “pillars.” It is obvious that the rejection by Amazon of the Dan Gilbert/Detroit bid to entice its new headquarters here formed the backdrop of the gathering. The pillars were “Is Michigan Prepared?”; the “Mobility Disruption, and “Trust,” restoring confidence in government, news media and business. Transportation and education dominated the discussions.

Over the years these gatherings have been incubators for state level initiatives. This year is no exception. We should all be concerned about the intentions signaled by conference goers to continue to meddle in affairs where they are ill equipped to make decisions. Yet, with an astonishing combination of ignorance and arrogance, the conference provides a glimpse of the collective agenda to continue efforts to “privatize” public goods.

The disaster of our public education system is perhaps the clearest example. The head of the Chamber of Commerce, Sandy Baruah, said, “I think education has been one of those issues that we’ve been talking up on the island in one form or another for years now,” We always talk about it but we haven’t been able to solve it, and so that’s a continuing frustration for us.”

Mackinac gatherings have provided the backdrop for the development of schools of choice; efforts to use public money to finance private, often religious schools; the establishment of emergency management; standardized assaultive and abusive testing; increased police presence in schools; assaults on teachers unions; efforts to charge parents for children’s misbehavior; removal of social supports; resisting anti-bullying efforts because they included LGBTQ concerns; extension of time required in school; and eroding qualifications for teachers. These are just a few of the ideas floated on the island over the years. Many have become laws creating the some of the worst, most destructive and abusive school practices in the country.

Baruah assures us there is no end in sight to this commitment to the destruction of public education.

In part these destructive policies are nothing more than the enactment of neoliberal, austerity politics aimed at turning all public responsibilities into private profit centers. The Mackinac gathering is simply the place where people reassure one another that they are committed to “business as usual,” and making Michigan ever more business friendly.

But these policies do not emerge by accident. The Republican dominated legislature, governor and court system reflect the long standing influence of frequent island visitors such as right wing ideologue Betsy DeVos and family.

Last fall the Republican party gathered to celebrate their hold on state and national government, a government which right wing money like that of the DeVos crew helped establish.

The DeVos family has made at least $82 million in political contributions nationally, as much as $58 million of those dollars spent in Michigan — with $14 million in the last two years alone.

The conference may be over, but the consequences linger. They remind us of the urgent, persistent work ahead to create more human, caring, and creative ways of living.

Rojava, a Socialist-Feminist Bastion in Syria, is Under Siege

Join Sweet Water Foundation for the First Annual Juneteenth Celebration at the Perry Ave Commons to create, build, and celebrate freedom and community. Experience the richness of the Commons with Arts & Crafts, Music, Dance, Cooking Demonstrations, Food, Family, and Fun! The celebration will also feature SWF’s first farmers’ market of the season.

Please join us for the next
Breathe Free Detroit Community Meeting:

Wednesday, June 27, 2018
6:00 – 7:30 PM
Cass Corridor Commons, 4605 Cass Avenue
D. Blair Theatre (enter through red door at rear of building)
The meeting will include:
updates, including the release of our incinerator report and meetings with City officials
planning for fun summer Breathe Free Detroit activities!
discussion about what closing the incinerator means for our community
Bring a snack to share if you can, but just come!

The 12th Consecutive Annual Backpack Giveaway and Neighborhood Festival on August 4, 2018 is more than an event; it’s a celebration of Love, Hope and Self-Determination. We go extra hard because our people deserve an extra kind of love! We have been able to impact thousands of lives by giving a damn, and with the support of the people from different walks of life. Donations will go to support the following: 1) Backpacks, 2) School supplies , 3) Food (hot meal provided to each attendee as well as hot dogs and snacks all day long) 3) Children’s activities (bounce houses, games, art projects, face painting etc), 4) Live performances, 5) Water supply, 6) Prizes , 7) Portable stage , 8) Porta John, 9) Preparing the site for the event, 10) Dj & Sound system, 11) Photographer…