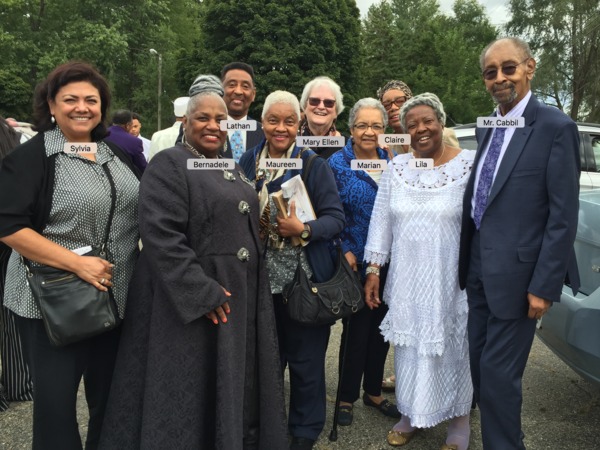 It is with great sadness and disbelief that I share this news: Mama Lila Cabbil, one of the People’s Water Board founding members and most passionate water warriors, left this world today. Many of us are especially grieved to learn that she had been in the hospital the last several days in ICU with the flu and pneumonia and we did not know this.

I spoke briefly tonight with her husband and assured him that we are ready to do anything he may need from us in this difficult time. He says he and the family are making home-going arrangements and should have more information on Monday. Meanwhile, services will take place on Saturday, March 9th.

Personally, I’m devastated by the news of losing my very dear friend, especially under these circumstances. It was only five months ago that we said our goodbyes to her beloved Mother Edna Leak. Knowing how fragile life is, Lila was always asking about how we are caring for ourselves in this movement work for justice and how difficult it could be on our own health. I already miss my friend immensely.

Thinking for Ourselves
What Detroit Future?
Shea Howell

Detroit Future City is back in the news. After a contentious, widely criticized community engagement process, Detroit Future City produced a 50-year plan nearly a decade ago. The plan laid out a blueprint for shrinking our neighborhoods and established a framework for a transition to a whiter, wealthier city. The bankruptcy process overshadowed this effort. Now Mayor Duggan has dropped the signature concept of the plan, the shrinking of the city. Instead, Duggan is all about growth.

Everyone knows that the current growth and development under the Duggan administration has left most neighborhoods feeling neglected. The tale of two Detroit’s persists as residents watch millions upon millions of dollars pour into downtown while neighborhoods continue to languish.

Recognizing the racial tensions that are simmering, Detroit Future City offers a view of development to encourage middle class African American families to come into the city.

In a lot ways there is nothing new in the report. It gives hard figures to something almost everyone knows. One of the reasons Detroit has become smaller, is because African-Americans have moved out. Many of them were middle class.

But there is something insidious at work here. This latest intervention into policy decisions provides another justification to ignore actions that would actually stabilize existing neighborhoods and make life better for people who live here. The report points our thinking away from what it means to build an inclusive city, while pretending to be concerned with increasing an African American presence.

While making passing references to the 70% of the city that is not middle class,  the report offers no policies that will directly improve the lives of the majority of people. It advocates “job training” and “educational opportunities.” It does so in language that perpetuates the idea that most of us are simply not up the task of being part of the city’s future.

This denial of the creativity, ingenuity, and inventiveness that characterizes most of the people who have stayed here and love this city fosters race and class antagonisms.  It continues the idea that there is nothing and no one of value in our neighborhoods as we currently exist. Thus, the report provides yet another justification for the continued assaults on neighborhood residents.

A report rooted in justice would begin with some sense of history. For decades our residents have been under attack. Many middle classes lives in Detroit have been directly targeted. Consider:

All of these factors have solutions, many in the hands of the mayor and city council. We should have a moratorium of school closing, foreclosures, water shut offs, layoffs of public employees and punitive bail policies. Each one of these steps would have an immediate impact on neighborhood stability and on the quality of life of our people.

Detroit Future City continues to obscure the real challenges we face. It would do well to begin with a different question. As we face climate catastrophe and growing inequity, will more middle-class people create to a sustainable future? Can the earth continue to bear ways of living that foster individual, highly consumptive ways of being? Can we imagine a future based on sharing and caring? Until we ask real questions, we will continue to foster a culture that is destroying us all. 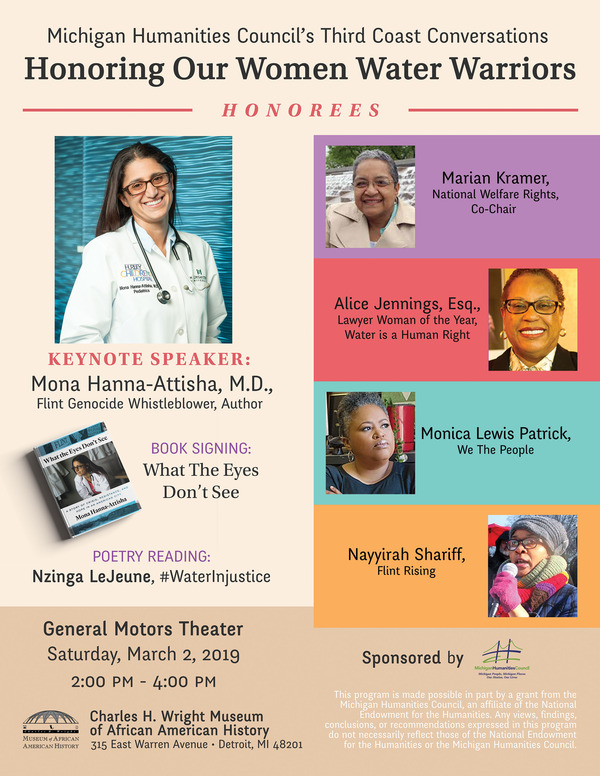 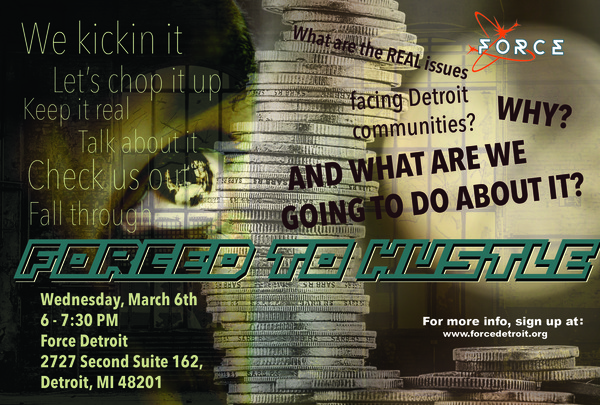 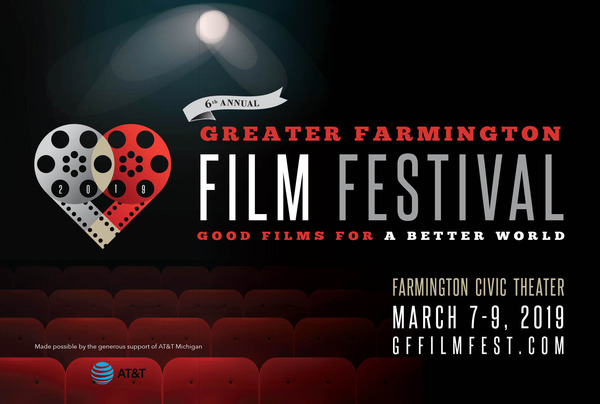